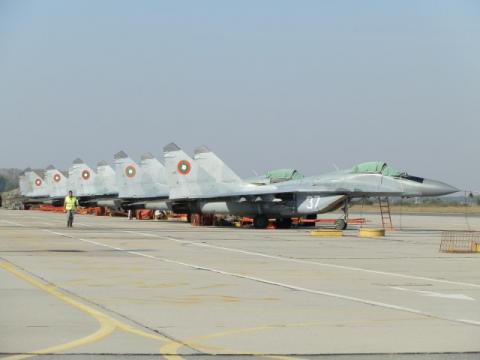 Bulgaria will spend about BGN 2.42 B (EUR 1.24 B) to keep airborne its MiG-29s fighter jets and acquire new warplanes as well as patrol ships under a defence procurement investment plan approved by the government, the Defence Ministry said on Wednesday.

The cabinet approved the three investment projects earlier on Wednesday.

The investment project for securing the airworthiness of at least 10 Russian-built MiG-29s  (eight MiG-29A plus two MiG-29 UB combat/trainer version) will be implemented in 2016-2017, the Defence Ministry said in a statement.

Bulgaria also plans to acquire two multi-purpose patrol ships with modular design for its Navy. The project will be implemented over five years, the Defence Ministry said without giving a timeframe.