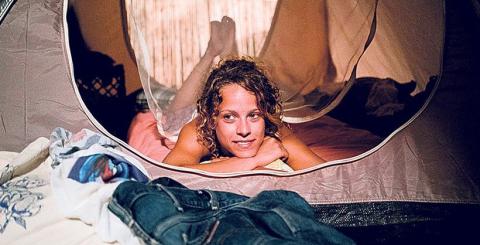 Greek movie ‘Suntan’ by filmmaker Argyris Papadimitriou will premiere in domestic theatres on March 31, after a very successful screening in various international film festivals. The provocative and sensual, yet realistic portrayal of a summer encounter between a young, sexy  girl Ana (played by Elli Trygou) and a middle-aged man, Kostis (played by Makis Papadimitriou) on the island of Antiparos received positive reviews in its world premiere at the Rotterdam Film Festival, while it also screened at the ‘South by Southwest Festival’ in Austin Texas. Beautiful actress Elli Trygou undoubtedly stood out with her sensual performance as the seductive girl that teases and finally gives in to a middle aged man in a game of interesting sexual and psychological dynamics. There meeting will turn into an existential ‘big bang’. The movie has a number of very explicit nude scenes, which are beautifully captured under the Aegean summer light.