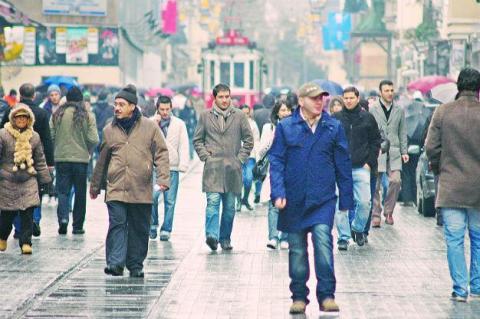 Advanced 4G technologies, dubbed 4.5G technologies, were set to come online in Turkey in the early hours of April 1 after months of preparation, according to the country's communications minister. Mobile internet speed is expected to accelerate by 10 times with the launch of the new technologies.

Transportation, Communications and Maritime Affairs Minister Binali Y?ld?r?m said the transition to 4.5G technologies will be gradual and all 81 provinces will probably begin to use these technologies by the end of this year.

"The 4.5G technologies will come online at specific points in all city centers across Turkey as of April 1. It will however take time for very small places populated by around 250-500 people to start to use these technologies. Some 95 percent of the country will be covered by these technologies by 2023," he said on March 31.

"High speed mobile communication will start soon, but I should warn especially young consumers of the future bills, which will likely be higher," he said. "The faster you want to connect to the Internet, the higher your bill may be as you will be reaching the data quite fast and won't probably understand how long you are connected to the Internet for with the new faster technologies coming online," he noted.

Y?ld?r?m said some 40 percent of the country's 74 million mobile phone subscribers will be able to use these technologies without changing their phones.

Turkey's three existing mobile operators, Turkcell, Vodafone and Avea, won the rights to the country's advanced 4G network, dubbed 4.5G in Turkey, to be established for a sum of more than 3.9 billion euros in an Aug. 26, 2015, tender held by the Information and Communication Technologies Authority (BTK).

Deaths in road accidents decline in 2019

Erdoğan says 'not a single mosque left in Athens'

Deaths in road accidents decline in 2019