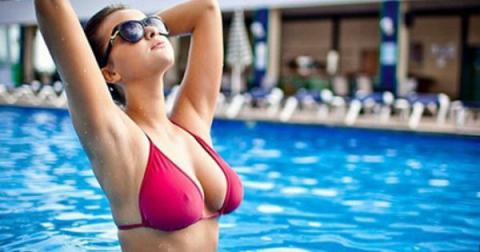 While rumours about Russian President Vladimir Putin’s new relationship with Wendi Deng, ex-wife of media magnate Rupert Murdoch, were rife, it seems a 23-year old Russian beauty is the lady that really caught the attention of Vlad. Sexy brunette Alisa Kharcheva has moved into a new house in one of the most expensive areas of Moscow, and as the gossipers says Putin is behind the purchase of the house for the busty Miss Russia finalist. Property agent Grigory Baevsky, who is rumoured to be the personal agent of Putin and in a relationship with of his daughters is reportedly bought the house on behalf of Kharcheva. The former journalism student had sent a kitten for the Russian President in 2012 for his birthday.

Lavrov: After the Mess Up in Bulgaria, our Embassy cannot Function Normally