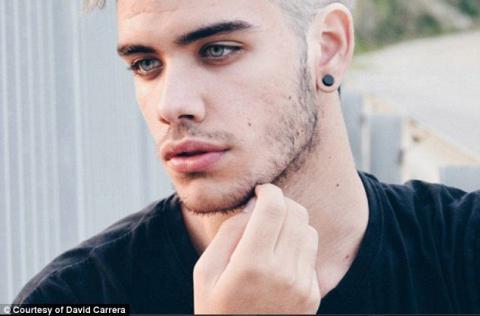 A mysterious handsome man has caused a Twitter frenzy after being dubbed the ‘perfect combination’ of Zayn Malik and Justin Bieber.

A picture of him was tweeted by @DailyManCandy, who posted: “Good lord. He looks like the perfect combination of Justin Bieber and Zayn Malik.”

The tweet was favourited about 1000 times and followers were impressed by the ‘stunning’ man and his resemblance to the two celebrities, as Daily Mail reports.

Later, it was revealed that this handsome man is Spanish David Carrera from Calella who is working as model.

David is blessed with Bieber’s juicy lips and striking features, while he has the strong jaw and dark eyebrows of Zayn. But unlike both, he has charming blue eyes.