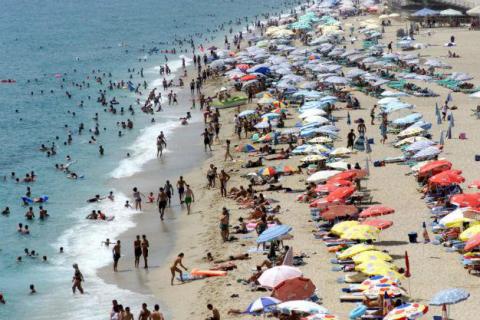 An increase of over 10 percent is expected in the number of Ukrainian tourists visiting Turkey this year, according to a leading sector representative.

The head of the Hoteliers Association of Turkey (TÜROB), Timur Bay?nd?r, said a double-digit increase will be seen in the number of Ukrainian tourists in 2016, adding that around 700,000 Ukrainians visited Turkey last year.

He noted many tour operators of Turkish origin with operations obstructed in Russia were expected to gradually divert their operations to Ukraine in 2016 and 2017.

He said the top destinations for Ukrainian tourists are Istanbul and the Mediterranean resort of Antalya, while they generally make last-minute reservations.

Bay?nd?r also noted Turkish Airlines flights to a total of seven destinations were making great contribution to the tourism ties.

Meanwhile, Turkish Tourism Minister Mahir Ünal said in March that the country wanted to attract 1 million tourists from Black Sea neighbor Ukraine this year to compensate for losses from other countries.