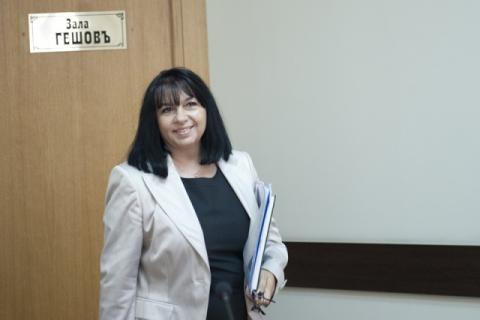 Bulgaria is looking for a strategic investor into an expansion of nuclear capacities, Energy Minister Temenuzhka Petkova has told a committee in Parliament.

She has explained there is certain interest from China in getting involved in Bulgaria's nuclear sector.

Petkova, quoted by BGNES wire service, has said Bulgaria had also asked to make itself familiar with the results of work done by Westinghouse, which has been building an AP-1000 nuclear reactor (the same model that was to be offered to Bulgaria) but is currently involved in a commercial dispute with Beijing over a hydraulic pump.

She has made clear Sofia will commit itself to a construction project for nuclear units only if no state guarantees are required by the respective company.

It was the model of funding that triggered a dispute between Westinghouse and the current Bulgarian government last year. The US-based company was to build Unit 7 of Bulgaria's Kozloduy Nuclear Power Plant, but Prime Minister Boyko Borisov warned the project could not be carried through unless Westinghouse participated as an investor.

A round of talks followed that proved to be unsuccessful, with Westinghouse vowing to continue dialogue with the government over possible models of the project.

Since then, Borisov has suggested the company should agree to new conditions and the project should be brought back onto the agenda.