Gerasimos Arsenis dies at the age of 85 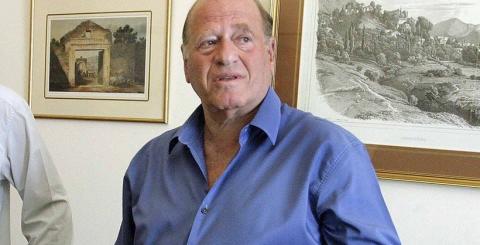 Greek politician Gerasimos Arsenis passed away at at the age of 85, at ‘Mitera’ hospital, in Athens, Tuesday. Arsenis, the husband of current head of the National bank of Greece, Luka Katseli, had served as Minister of Finance, Education and National Defence under the socialist government of PASOK. He was born on the island of Kefalonia in 1931 and studied Law at the University of Athens, before receiving a scholarship to at the MIT in the US. He had worked as an economist for the UN in New York and Geneva. From 1964 to 1966 he held the director’s post of the Department of Economic Studies of the Research Centre for the OECD in Paris. For the past years he had abstained from getting actively involved in politics.