Around 200,000 potential taxpayers working off books 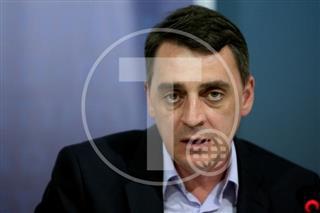 19-April-2016 13:25 BELGRADE - Citizens have to be aware how harmful the grey economy really is, Miroslav Djinovic from the Tax Administration has said, pointing to the worrying situation in Serbia, in which around 200,000 potential taxpayers work off the books.
“Serbia is home to around 470,000 registered taxpayers, and around 30 percent in the informal economy, according to NALED's estimates. This means that the Tax Administration has to control over 600,000,” Djinovic said at a conference on the effects of the grey economy and tax evasion, organized by the Konrad Adenauer Foundation and Business Info Group.
However, we do not have enough inspection officers on the ground and in offices, or enough funds, he said, underlining that since the start of the year, tax officers solved around 70 cases of unregistered businesses.