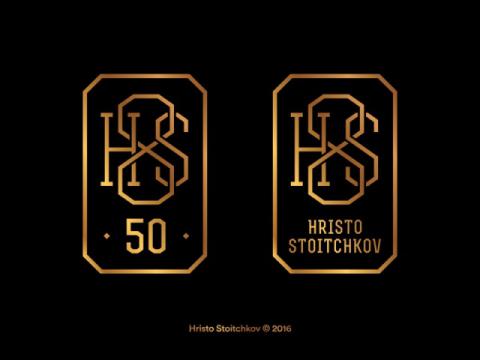 Bulgaria's Dimitar Berbatov and Martin Petrov are the latest players to confirm their participation at the show which will celebrate the 50th birthday of Bulgarian football legend Hristo Stoichkov.

The show entitled "50 years number 8" (after Stoichkov's jersey number) will take place at Vasil Levski national stadium in Sofia on May 20.

The show will bring together some of the greatest Bulgarian and international football starts from the present and the recent past.

So far, seven Bulgarian and 22 international players have confirmed their participation in the show, with more names expected to be announced in the coming weeks.

With the confirmation of Berbatov and Petrov, the number of Bulgarians invited to the show increased to seven.

The remaining five Bulgarians are Nasko Sirakov, Yordan Letchkov, Krasimir Balakov, Lyuboslav Penev and Emil Kostadinov, who together with Stoichkov were part of Bulgaria's golden football generation of the 1990s, which finished fourth at the 1994 World Cup.

Argentinian legend Diego Maradona was the first to confirm his attendance, followed by numerous stars from Europe, the Balkans, Latin America and Africa.

The Balkans will be represented by Romanians Gheorghe Hagi and Gheorghe Popescu, Croatians Davor Suker and Zvonimir Boban as well as Predrag Mijatovic and Dejan Savicevic from Montengero

Other Europeans to take part in the show are Italians Roberto Baggio, Daniele Massaro, Gianfranco Zola and Antonio Benarrivo,...