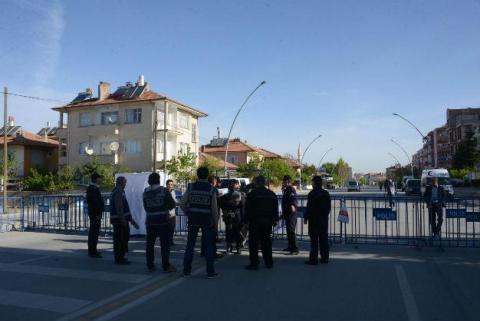 A local court sentenced a teacher to 508 years and three monts in prison on April 20 on charges of sexually assaulting 10 male school children in the Central Anatolian province of Karaman.

The 54-year-old teacher, identified only by the initials M.B., pleaded not guilty in the hearing, which took place amid tight security measures.

"I did not do it. Police pressured me saying 'If you say this [in testimony] you will not be punished.' So I told them. But I am innocent," M.B. reportedly said.

"They defamed me. No one filed any complaint against me over my two years at the Ensar Foundation and my three years at KA?MDER. Those children were alone for six months. They had sexual intercourse between themselves. I warned the families but they did not listen to me and filed a complaint," M.B. said, adding that he "lay alongside the children" during their exam period in order to console them.

He also said he approached the children "like a father."

"I'm a good teacher. I made the children read books and play. My rights have been violated in this case," he said.

The Karaman Governor's Office has banned reporters from attending the trial, while also prohibiting all press briefings, gatherings or rallies in the province.

M.B. had been teaching private courses for students in apartments rented by the Karaman branch of the Ensar Foundation and the Karaman...