State Opera and Ballet on stage in summer 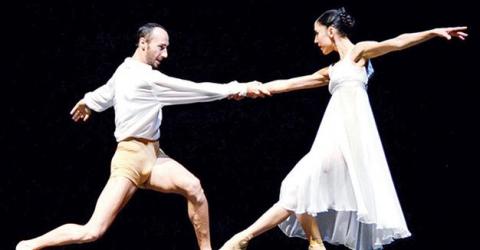 The Culture and Tourism Ministry State Opera and Ballet (DOB) General Directorate will continue performing in the Central Anatolian province of Eski?ehir, southeastern province of Mardin, southern provinces of Mersin and Antalya and Istanbul throughout the summer.

According to a written statement, the DOB started work several months ago to bring six national and international performances, including operas, ballets, operettas, modern dances and children's plays, to the stage in May, July and September.

The statement said Turkish companies were prepared for the summer.

Shows that played to a full house during the season and drew great interest from viewers will be on stage in Eski?ehir between May 3 and 13 during the 6th Eski?ehir Opera and Ballet Days, organized in collaboration with Eski?ehir Metropolitan Municipality.

The second event in May will be the Second Mardin Opera and Ballet Days between May 16 and 24.

Within the scope of the summer events, the seventh International Istanbul Opera Festival will be in Istanbul between July 2 and 16.

Organized every two years, the International Istanbul Ballet Competition and Festival will also be held in the city from July 3 to 13. The event will witness performances from young dancers from Turkey and abroad.
Turkey's first ballet festival, the 14th International Bodrum Ballet Festival, will be organized between July 15 and 30. The event will host viewers at the Bodrum Castle, the house of the Karia princess.

The last event of the summer will be the 23rd International Aspendos Opera and Ballet Festival to be held between Sept. 3 and 15 in Antalya.

The festival, which has hosted guests with the magnificent...