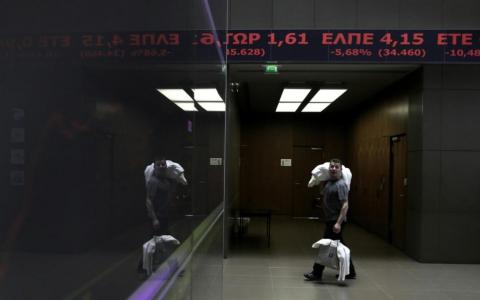 April ended with small gains for the Greek bourse benchmark and the banks index despite the minor losses recorded on Thursday. There was more trading activity than than anticipated ahead of the Easter recess and rising stocks outnumbered the losers. The market will reopen on Wednesday, May 4.

The Athens Exchange (ATHEX) general index closed at 583.65 points, shedding 0.15 percent from Wednesday's 584.55 points. April was the second consecutive month of gains as the benchmark advanced 1.13 percent on a monthly basis.

Hellenic Exchanges was the large-cap that...