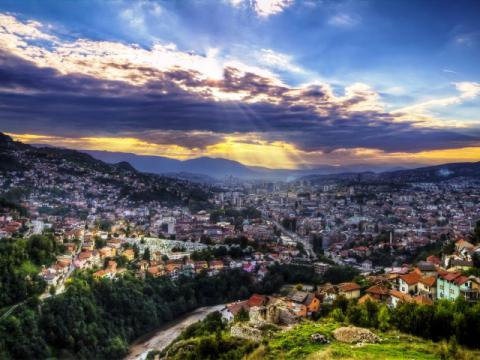 Bosnia recorded a reduction in its trade deficit - the gap between imports and exports - in 2015, generating hope that the country is becoming less dependent on imports.

Experts from the macroeconomics unit of the Chamber of Foreign Commerce told BIRN that the positive trend resulted from increased exports to European markets, especially Croatia, to which Bosnia exports "electric energy, aluminum, wood and oil."

It added that the decrease in imports was mostly recorded in the import of oil and derivates.

It also noted that exports continued to grow and imports to decrease in the first three months of 2016.

"During the first quarter of 2016, exports grew by 1.77 per cent and imports decreased by 0.77 per cent compared to previous year," the Foreign Chamber of Commerce wrote.

"This is proof that the Bosnian economy is becoming more and more competitive," the Bosnian edition of the newspaper Vecernji List wrote, while the Sarajevo-based newspaper Slobodna Bosna welcomed the figures as "encouraging news."

However, experts warn that the statistics should be welcomed with caution.

Economyicexpert Damir Miljievic said that although a growth in exports needs to be hailed as a positive sign, the reduction in the foreign trade deficit is first of all the result of falling imports.

"The foreign trade deficit of Bosnia...