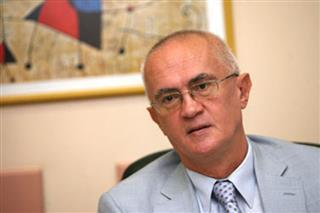 BELGRADE - Serbia's Commissioner for Information of Public Importance and Personal Data Protection Rodoljub Sabic congratulated journalists on May 3, World Press Freedom Day, on Monday, wishing them "the accomplishment of several objectives significant for journalists and media, as well as society as a whole."

He also noted the need for greater transparency of media ownership, public access to all information on media funding from public funds and on possible other ways of influencing media.

The commissioner also pointed to the need to curb self-censorship and the phenomenon of "conflicts" in electronic media, including attacks on websites and activities by campaigners commonly referred to as "bots" and, in particular, an increasing tabloidisation of media and society, accompanied by frequent "leaks" of various "confidential information" to certain media only.

Construction permits in Serbia up 39.3 pct y-o-y in August