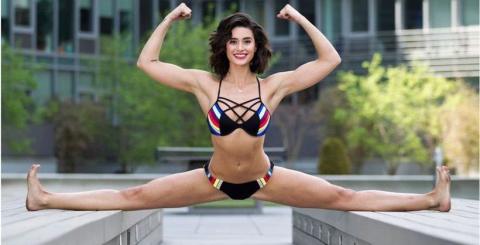 Bianca Bree is the daughter of legendary martial arts expert and movie tough guy Jean Claude Van Damme and is following in the footsteps of her father. The sexy 25-year old Bianca Van Verenberg, which is he real name, did not like martial arts growing up, but she could not ‘fight’ her dad’s genes. The beautiful young actress and producer, wants to show young girls that you can be strong and still be sexy and aims to continue her dad’s legacy and introduce younger generations to martial arts, while also emulating her mother who is a successful bodybuilder. Bianca has starred in many movies with her father, while she has carved her own name as a producer in Hollywood. On her relationship with her dad she says she never was ‘a daddy’s girl or princess’.