Antarctic Thaw and Freeze: A Research Ship in Ill-Charted Waters 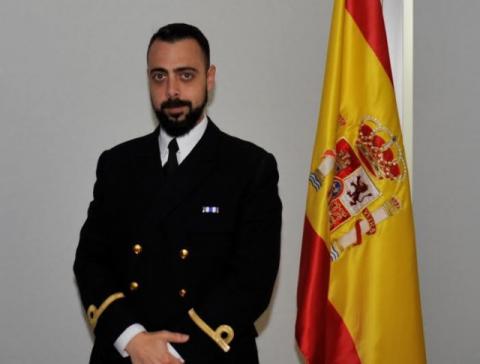 The word "military" often evokes in one's mind images of rifles, tanks, battles, and regrettably war and devastation. The armed forces do much more than that, having scores of scientists and doctors among their ranks, but also officers who stand ready to react in case of local or nationwide emergencies. In some countries, like Spain, it is also the military that sets the official time.

To realize this, one doesn't need to wait for a natural disaster to occur. Sometimes all it could take is a trip to the Antarctic.

Lt Javier Alonso López De Sabando, who works for the International Relations Department at the Spanish Navy's headquarters, is one of those people who not only know it but can give a myriad of examples. While his current duties have to do with communication between navies of other countries and that of Spain - by and large a diplomatic job - until 2012 he served as a navigation and manoeuvre officer at the BIO Hésperides, an oceanographic research vessel in the Antarctic, and took part in a number of scientific campaigns in the world's coldest and southernmost area over a period of three years.

Lt J.G. Alonso talked to Novinite about his experience on board the research ship minutes before delivering a presentation at the Sofia Science Festival earlier in May - a story about the Antarctic, a place where scientific and military life meet and quite often are largely intertwined. While the frozen continent surprises those rarely looking down the map with its 14 million square km (just three million km less than Russia), its unrivaled fresh water (75% of the total) and ice (90% of the total) reserves, and its constantly changing coastline, it is human relations and teamwork to cope with hardship that make it special.