Bulgarian PM: Migrants Have Not Breached Border with Greece 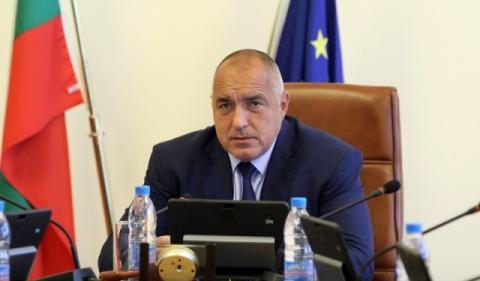 Bulgarian Prime Miniser Boyko Borisov assured on Sunday that the border with Greece has not been breached by migrants, as had been implied by some media, adding that the country managed to carry out one of the quickest readmission of refugees ever achieved in Europe.

His statement comes after two groups of illegal migrants, each of them consisting of more than thirty people, were detained by Bulgarian border police officers as they attempted to cross the border with Greece on Friday night and Saturday morning.

Borisov convened an extraordinary meeting in Blagoevgrad on Sunday, which was attended by Interior Minister Rumyana Bachvarova, Antonio Angelov, director of the interior ministry's Border Police General Directorate, the regional governor of Blagoevgrad, the mayors of Petrich, Sandanski and Blagoevgrad and Regional Minister Lilyana Pavlova.

A total of 96 people attempted to cross illegally into Bulgaria, forty people in the first group and 56 in the second.

The first group was detained near the Kulata border checkpoint, the other in a freight train on route from Greece to Bulgaria.

There has been heightened military presence at the Kulata border checkpoint, with servicemen from the land forces deployed to the area to assist border police in guarding the border.

The bigger group of migrants has already been returned to Greece, which according to Borisov constituted the quickest readmission ever achieved in the EU. In his words, no other European state has reacted so quickly in the return of migrants. The other group will be returned to Greece within the space of the next ten days.

The first group was detained immediately upon entering Bulgaria along the bank of Struma river, while the second was detected by special...