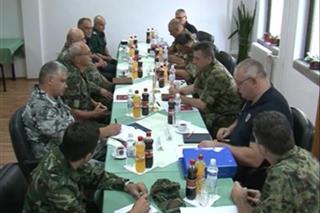 Draganic briefed Atanasov on a Serbian government decision to establish joint police-military forces and deploy them on the border with Bulgaria, and also presented the results achieved in preventing illegal entries by migrants, the Serbian Ministry of Defence said in a statement.

Bulgaria is facing the same problems, with most Bulgarian troops deployed on the border with Turkey, which, however, has not prevented deployment of troops along the borders with other neighbouring countries, including Serbia, Atanasov said.