Ex-MP Sentenced for Pedophilia to Run for Bulgarian President 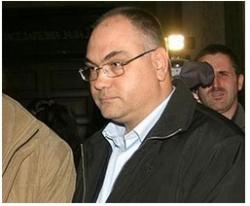 Vladimir Kuzov, a former lawmaker found guilty of pedophilia in the 2000s, said on Thursday he would run for president in November.

Kuzov, who is openly gay, told private national NOVA TV station that his candidacy amounts to a "civilizational choice".

His initial sentence, in May 2007, was three years behind bars, but Kuzov appealed and got a suspended sentence nearly two years later.

He was found guilty of having homosexual intercourse with a boy and had to leave Parliament, where he represented far-right Ataka party.

"I am a civilizational choice. Having a gay president for the first time - this will put Bulgaria on the world map," he argued on Thursday.

Kuzov, who has always denied any wrongdoing, lashed out at Bulgaria's judicial system, which has been subject to much criticism over the years for different reasons, including inefficiency.

"If we accept that the Bulgarian court is corrupt and incompetent, there is no way for us to accept that all those convicted and in jail are guilty," he added.

Bulgaria's presidential elections are due on November 06.