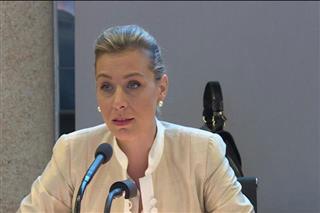 BELGRADE - Ana Hrustanovic has been named the new head of the Serbian Mission to the EU in Brussels, the Official Gazette has announced.

Hrustanovic, who will succeed Dusko Lopandic, has served as Serbian ambassador to Rome.