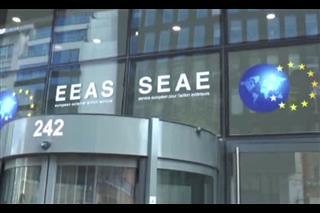 BRUSSELS - A new round of the EU-facilitated technical dialogue between Belgrade and Pristina began in the European External Action Service headquarters in Brussels Wednesday.

Sources close to Belgrade's delegation told Tanjug the topic of the opening day of the three-day discussions would be the implementation of an agreement on free movement - more specifically, the issue of registration plates for vehicles from Kosovo's territory.

Thursday's agenda should include topics such as the cadastre and recognition of education degrees, as well as the establishment of the Community of Serb Municipalities, which Belgrade sees as a key political issue and the core of the Brussels agreement.

On Friday, the final day of the discussions, the two delegations will address a delineation between the northern and southern part of Kosovska Mitrovica.