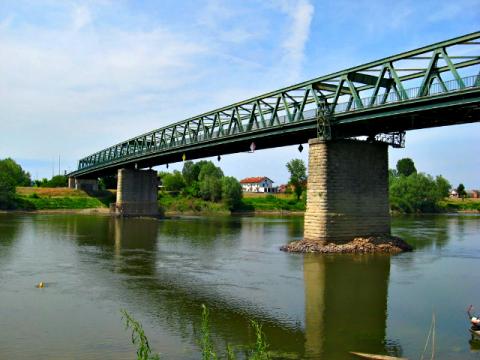 The long-delayed construction of the new bridge which will connect the city of Gradiska in Bosnia's Republika Srpska entity to the Croatian municipality of Stara Gradiska across the River Sava will be discussed by the Bosnian and Croatian authorities at a meeting organised by the European Investment Bank in Zagreb next week.

"The meeting will be organised on September 22 in Zagreb," Fadil Mandal, a spokesperson for the Bosnian Ministry of Transport and Communications, told BIRN in a written statement.

The construction of the bridge is of primary importance for the infrastructure of Republika Srpska, especially in the light of the recent inauguration of a highway connecting two of the major cities in the entity, Banja Luka and Doboj, the Bosnian Serb Ministry of Transport and Communications told newspaper Nezavisne Novine.

"The highway from Gradiska to Banja Luka and from Banja Luka to Doboj will only have its  full meaning after the building of this bridge," the ministry said.

It added that "the money for the construction of that bridge has already been assured and this project tops the list of priority infrastructural projects".

Talks about the construction of this bridge, which should cost around 32 million euros, first started 12 years ago, Bosnian media reported.

But the beginning of construction work was delayed, partly because several documents which are needed before officially opening the tender for the work on the bridge have not been drawn up yet, including environmental permission from Republika Srpska's Ministry for Spatial Planning, Civil Engineering and Ecology and construction permission from the Croatian authorities, according to Nezavisne Novine.

Another reason for the delay that in...