Elections in Turkey: People, politics, and the party system 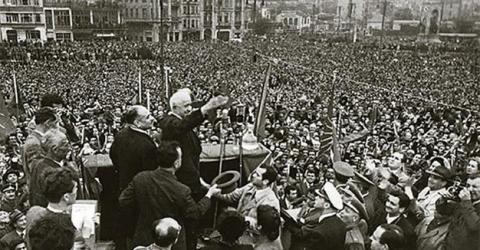 What motivates Turkish voters? According to some, Turkey's modern political history can be neatly explained as a struggle between religious, less-educated citizens and their secular, Western-oriented, more educated rivals. Turkish elections manifest a stable battle between the ideological "left" and "right," an essential social cleavage in which religious and secular worldviews fight it out. Variations on this center-periphery theme have been stubbornly persistent since the sociologist Şerif Mardin first proposed it in 1973.

"National Elections in Turkey: People, Politics, and the Party System" by Michael Wuthrich is a thoroughgoing demolition of the center-periphery idea. The University of Kansas political scientist describes Mardin's thesis as "indisputably one of the foundational works on Turkish politics, and arguably the most influential single work." But he dismantles it through close examination of Turkey's election campaigns, social shifts and party platforms since 1950. "While culture and religion have played greater or lesser roles in the system at various points," he writes, "their general influence has nearly always been secondary." Essential historical cleavages "initially appear to provide a simple and clear portrait of Turkish society, but do not conform to empirical observation." Decision-making among voters has typically been more mundane and more local.

The book opens in 1950, the year of Turkey's first free national election. The main contenders were the Democrat Party (DP) led by Adnan Menderes and the Republican People's Party (CHP) of İsmet İnönü, which had ruled throughout the...