One-third of Roma People Do Not Consider Themselves Poor 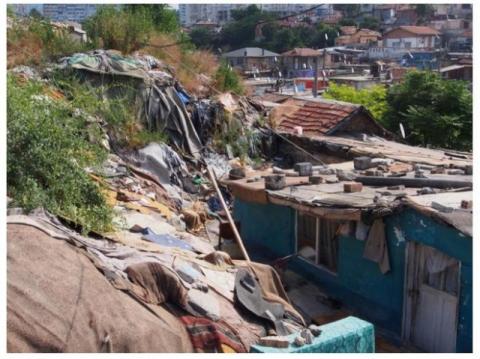 One-third of Roma people in Bulgaria do not consider themselves poor, while 67.2% reckon so, showed data of the National Statistical Institute from the 2015 annual survey.

The survey is carried out every year, but, for the first time this year, it included a question on ethnic identity.

People who identified themselves as Turkish showed a similar tendency as Roma people. A total of 63.6% reckon that they are not poor. 36.4% thought they are poor.

With respect to Bulgarians, 84.8% considered themselves not poor.

There are significant differences regarding the distribution of the poor from the different ethnic groups depending on their economic activity, noted experts from the institute.

Within the Bulgarian ethnic group, the poor are mainly pensioners (49.9%), while among the Roma the poor are predominantly jobless (43.7%).

In terms of employed people, the relative share of the working pour is highest for the Turkish ethnic group - 26.7%, compared to 20.8% for the Roma and 18.9% for the Bulgarian ethnic group.