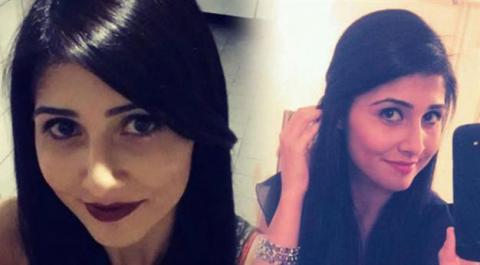 A Serbian national currently serving a jail term for fatally beating a 23-year-old Turkish woman who attempted to intervene in street harassment in Germany will be deported to Serbia once his prison term ends in November 2017, German daily Bild has reported.

Serbian citizen Sanel Masoviç had put Tuğçe Albayrak in a coma on Nov. 15, 2014 by beating her after she tried to prevent sexual harassment against two underage girls in a restaurant in the German city of Offenbach.

According to the Offenbach Foreigners' Office decision on Sept. 18, Masoviç will be deported to Serbia after his term in Wiesbaden Prison ends.

Bild reported that the office made the decision after ruling that Masoviç posed a threat to Germany's "free and democratic order" due to multiple offenses he has committed, including the one that caused Albayrak's death.

Albayrak's attempt to protect the girls targeted by Masoviç triggered an outpouring of public sympathy in Germany, causing thousands, including German political leaders, to pay their respects both on the streets and on social media.
Photos from Turkey, coalition 'Euphrates Shield' op targeting ISIL in Syria's JarablusIstanbul welcomes third bridge over BosphorusLife in Jarablus after liberation from ISIL through the lens of Hürriyet reporter Selçuk ŞamiloğluHalfeti - A town of mesmerizing beautyExhibition shows Istanbul through eyes of children Secret weapons of Turkish army: locally produced rocket launchers, missile systemsThe bugs of Ankara: The weirdest scenes that anyone can run into in Turkish capitalA bird's eye view tour of Turkey's eastern provinces of Van and HakkariTurkish man with four wives has his 32nd childTurkish police raid Koza İpek's media HQ in Istanbul amid protestsTurkey...