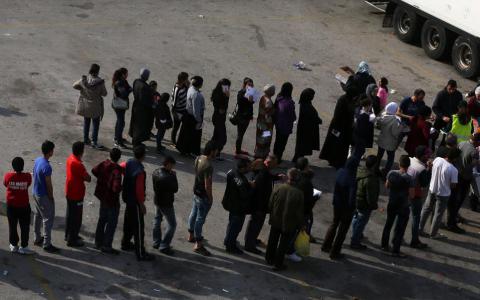 Greece on Wednesday managed to find shelter for some 5,000 migrants on the island of Lesvos two days after a fire ravaged part of the main asylum seekers' camp, officials said.

But overcrowding remains an acute concern on the island, one of the epicentres of the European migrant crisis, they said.

"The situation is calm but it has not been resolved," Lesvos Mayor Spyros Galinos told AFP.

"The glass has overflown... (the facilities) were built for 3,000 people and there are now 6,000. The locals are worried. There must be immediate steps to address the overcrowding," Galinos said.

Thousands fled Monday when dozens of tents and shelters at the Moria camp on the island of Lesbos were torched, in a blaze sparked when migrants of different nationalities got into a brawl.

According to police, the fire destroyed 60 pre-fabricated shelters, 100...