Father gets life for murder of his daughter, aged 4 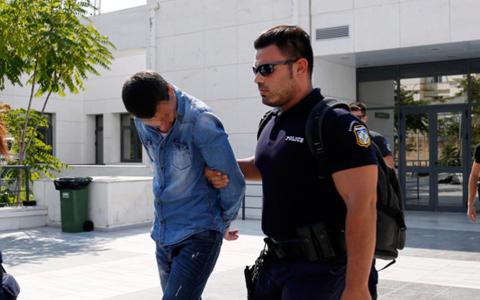 An Athens court handed life terms Tuesday to 27-year-old Stanislav Bakardjev and his 30-year-old codefendant, Nazif Ahmedov for the 2015 murder and mutilation of 4-year-old Ani.

The girl's mother, 25-year-old Dimitrina Borisova, was found guilty of exposing the child to danger. She was given a six-year suspended sentence and granted conditional release.

A fourth defendant, the owner of the basement flat where Ani died, was found guilty of perjury and given a 12-month prison sentence.

Bakardjiev, the girl's father and a Bulgarian national, admitted during the trial to cutting up Ani's dead body but denied killing her, claiming that Ahmedov was responsible for her death.

The court handed its sentences without acknowledge any extenuating circumstances.

It also decided to send the case file to a prosecutor to investigate claims by Bakardjev that he was...