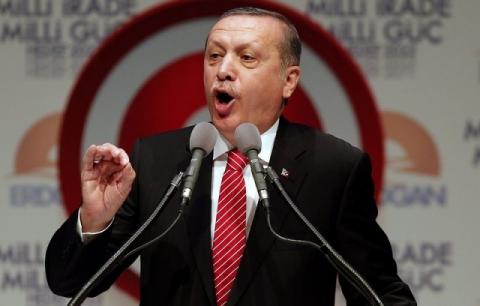 The Greek Foreign Ministry has warned Turkish President Erdogan that he should respect international agreements.

The reason for the warning is the statement of the Turkish head of state that Ankara "cannot ignore" its compatriots in Western Thrace, Cyprus and the Crimea.

According to the Greek Ministry, the statement could undermine regional stability, reported Ekathimerini daily.
During a speech at the university bearing his name in the town of Rize, Erdogan said: "We cannot draw borders in our hearts and we will not allow it. Turkey cannot forget its compatriots in Western Thrace, Cyprus and the Crimea."

The Greek government perceives a neo-Ottoman attitude and irredentism in his statement, as well as an attempt to dispute the agreements which settled the borders between the two countries.

"The reference to historical events and border issues settled by the Lausanne Treaty in 1923 is provocative and undermines regional stability," read the official statement of the Greek Foreign Ministry.

"Thrace is Greek, democratic and European. Any other thought on this issue is unthinkable and dangerous," added the Ministry.