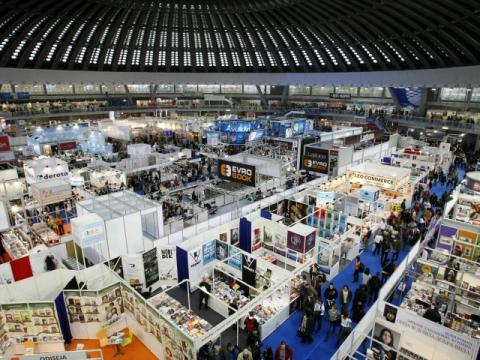 The Belgrade International Book fair was once the haunt of famous writers and publishers - which explains why the Serbian tabloid "Informer" has encountered a good deal of criticism on Twitter for luring guests of a very different type to this year's fair.

They included actors, sportsmen, a folk singer, a reality TV star, an astrologist and a hair-dresser.

One of the more unusual visitors to Informer's booth was Serbian folk diva Svetlana Raznatovic "Ceca", known also for her marriage to the infamous late gangster Zeljko Raznatovic "Arkan".

"Informer has managed to pollute event the Book Fair, one of the last cultural and intellectual oases in Serbia," a clearly disappointed Twitter user wrote.

Another Twitter user wrote: "Culture in Informer's way", sharing a video from the event.

Another user shared an old photograph from the Belgrade Book Fair showing Ivo Andric, the famed Yugoslav writer who won the Nobel Prize in Literature in 1961, next to a photograph of "reality TV star" Soraja at this year's fair.

Informer defended its choice of star guests, saying that its booth was the most visited in the entire Media Fair section.