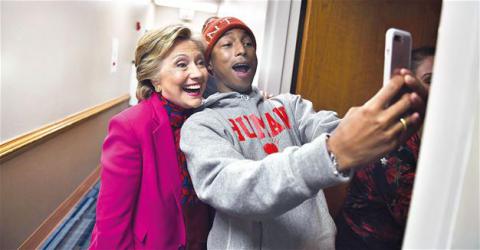 The two U.S. presidential nominees, Democrat Hillary Clinton and Republican Donald Trump, geared up on Nov. 4 for one final weekend to sway undecided voters and cajole supporters into turning out at the polls, slogging their way to the end of a divisive presidential campaign as the race continues to tighten.

As the candidates jostle for supremacy in the handful of battleground states that will decide the Nov. 8 election, two of the biggest prizes on the electoral map, Florida and North Carolina, are now dead heats, according to separate polls by Reuters/Ipsos States of the Nation project and RealClearPolitics.

Clinton's lead in Michigan has narrowed so much that the state is too close to call, while Ohio remains a dead heat and Pennsylvania is now tilting to Clinton, the Reuters/Ipsos States of the Nation project.

North Carolina was suddenly in the eye of the political storm, with the candidates frantically crisscrossing the southeastern state where they are locked at 46.4 percent apiece.

The candidates' motorcades even passed one another on Nov. 3 on the tarmac at the Raleigh-Durham airport ahead of their rival rallies.

"You've got to get everyone you know to come out and vote," Clinton implored supporters in Raleigh, where she was joined by her onetime primary adversary Senator Bernie Sanders and "Happy" singer Pharrell Williams.

"The best way to repudiate the bigotry and the bluster and the bullying and the hateful rhetoric and discrimination is to show up with the biggest turnout in American history."