U.S. elections: are hidden voters the “ace” up Trump’s sleeve? 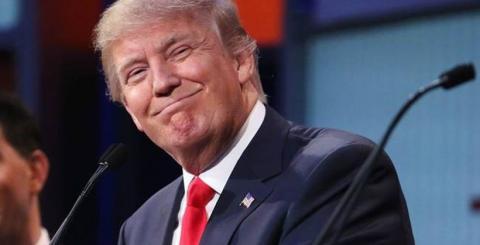 On the brink of the U.S. presidential elections, are hidden voters capable of bringing about election results analogous to the unexpected “yes” of the Britons in their recent referendum concerning Britain’s exit from the European Union?

According to the POLITICO Caucus — a panel of activists, strategists and operatives in 11 key battleground states, more than 7 in 10 GOP insiders believe the polls underestimate Trump’s support as voters are reluctant to admit to pollsters that they are backing the controversial presidential nominee.

“I’m not sure how big a factor it is, but there is definitely a ‘Bradley effect’ going on out there,” said a Virginia Republican, referring to the African-American mayor of Los Angeles who led in polls but lost unexpectedly in the 1982 California gubernatorial race. “I personally know many Republicans that won’t admit that they are voting for Trump. I don’t like admitting it myself. It won’t matter if Hillary is up more than 5 points, but we might be in for a surprise if Hillary’s lead is less than 5 points on Election Day.”

Based on electoral statistics, David Wasserman, U.S. house editor of the Cook Political Report, believes that among the hidden votes are those of 47 million white, non-college-educated Americans who didn’t vote in 2012 and who are now being wooed by Trump. If the Republican presidential candidate manages to earn the trust of even a portion of this significant electoral body in the eleventh hour, he could possibly win the U.S. elections.

Roughly 15% of Americans are still undecided, only days away from the elections, compared to the presidential elections of 2012, where only 5% were still hesitating between Barack Obama and Mitt Romney, according to Nate Silver, the editor-in-chief of FiveThirtyEight.  “Theoretically, with only 46% of votes in favor of Clinton, Trump could beat her by securing the votes of undecided and independent voters. In practice, there is some evidence that Trump will be their second choice.”

Still, a number of Republicans believe that even though the polls are underestimating Trump, he is lagging too far behind Hillary Clinton for it to matter

All indications suggest that Democratic voters are less motivated than Republicans in some states.  But the big unknown in the upcoming elections of November 8 remains turnout.