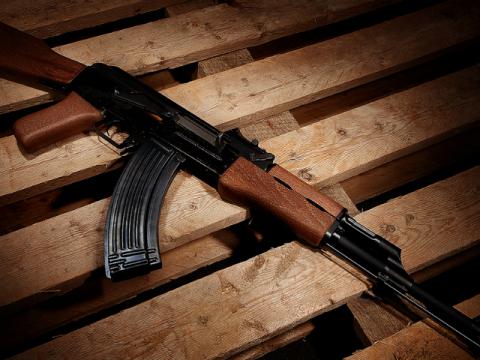 Firearms remain worryingly plentiful in Bosnia, according to experts, and are bought and taken across state borders in small but regular deliveries, ending up in foreign criminal circles and even in terrorist attacks.

"It is quite easy for people to get their hands on these weapons," said Paul James, director of the UK-based ballistics intelligence firm, Arquebus Solutions, which monitors arms trafficking from the Balkans among other regions.

According to the UN Development Project, an estimated 750,000 unregistered firearms remain in Bosnia, mostly left over from the war of 1992 to 1995. They sell for several times their original value in the UK and other foreign markets, where the availability of firearms is low.

James said this explains why ammunition from Bosnia cropped up in the Islamist terrorist attack on the Charlie Hebdo magazine in Paris, France.

Despite crackdowns, firearms still leave Bosnia, smuggled out by organized crime gangs, with as few as three or four guns at a time secreted in car boots or in luggage on coaches. They can then be moved around relatively easily.

There is growing evidence, James added, of a cross-over between organized crime networks and terrorist groups, which was not previously thought to be the case.

Firearms from Bosnia came under the spotlight again after Serbia's Interior Minister, Nebojsa Stefanovic, announced that Serbian Prime Minister Aleksandar Vucic had been "moved to safety" after Serbian police found a large quantities of weapons hidden close to his family home in Jajinci, near Belgrade. Read more: Serbian PM 'Moved to Safety' After Weapons Find

The Serbian daily Blic reported that an investigation had found that part of the cache of several hand grenades, a bazooka and...