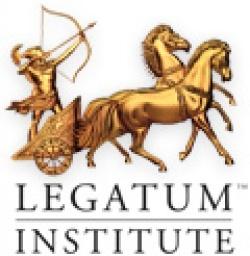 In ten years, Bulgaria has climbed three positions in the Prosperity Index of the London-based Legatum Institute, but bad scores in the management, health care and personal freedom sub-indices leave the country at the bottom of the ranking among EU member-states.

Progress has been recorded in the categories Business Environment, Social Capital and Environment. But the transition to democracy and free-market economy has been slow and this makes the country one of the poorest and most corrupt in the region.

Bulgaria ranks 57th in the world out of a 149 countries surveyed - slightly better than Ecuador and Montenegro, but worse than Botswana, Jamaica and Sri Lanka.

The worst results are recorded for Health Care (91) and Social Capital (111).

This data is especially disturbing, given the fact that, by Social Capital, Legatum means cohesion among people, social norms and support networks, as well as civic activity.

The problems of disrupted links in society, apathy and the lack of support networks are typical of several post-Communist societies, including countries like Albania, Croatia, Hungary, Russia, Montenegro, Macedonia.

In terms of health care, Bulgaria ranks among countries like Peru and Iran, and only Armenia, Russia, Moldova and Ukraine report worse results.

Poverty, however, is Bulgaria's worst problem.

"For future prosperity, it is important that Bulgaria carries out reforms that not only increase economic growth, but reduce mass poverty...