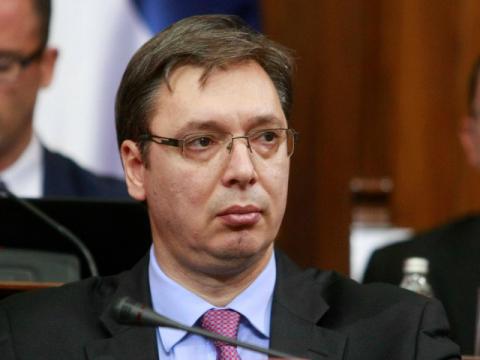 "When citizens get to choose who was the best leader between six names, they said Josip Broz Tito. Just behind him, with 1 per cent less votes, is the current Prime Minister, Vucic," Danas reported.

According to the research, Tito retained his narrow advantage in all groups among citizens, except in the "medium educated" category.

The next name on the list was Serbia's late Prime Minister, Zoran Djindjic, assassinated in 2003, with 11 per cent of the votes.

Serbia's late strongman Slobodan Milosevic trailed far behind with only 3 per cent of the votes, just ahead of former prime minister Boris Tadic and Vojislav Kostunica.

The research was conducted among 1,500 people during October on their favourite leader, how they live, what they most fear, and what hopes of change they have.

Aware of the continuing popularity of Tito, Vucic has increasingly compared his own achievements with those of Tito who governed Yugoslavia with an iron hand from the end of the Second World War till his death in 1980.

Some say he is consciously tapping into a historic yearning among Serbs for an authoritarian chieftain.

Sociologist and university professor Ratko Bozovic told BIRN recently that references to Tito are intended to draw on widespread memories of "better times" among the public.

Tito took over Yugoslavia after leading the Partisan struggle against German occupation during the Second World War.

After starting out as a hardline communist,...