ATHEX: Rise continues on bourse, but at slower pace 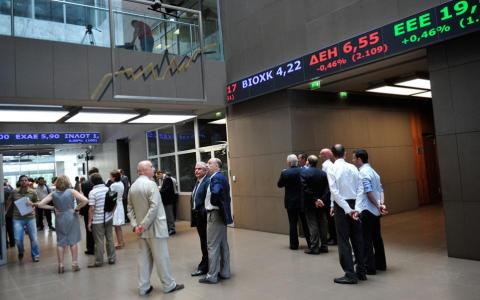 The benchmark of the Greek bourse headed north on Monday, having spent the entire session in positive territory, although stocks were split down the middle between winners and losers. Although buyers were in the majority, many investors chose to cash in gains recorded over the three previous sessions after the first hour of trading.