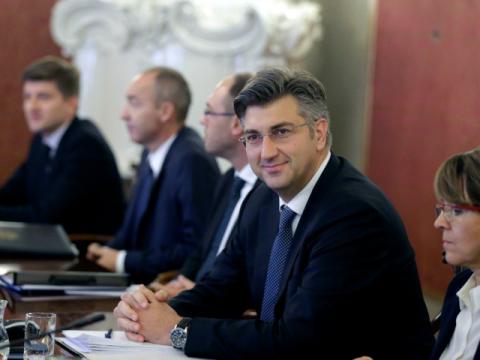 Croatia's new centre-right government has announced that it will be directly naming the new presidents and board members of state companies, insisting that this was only a temporary solution.

The government, led by the Croatian Democratic Union, HDZ, has passed a decree that empowers it to directly replace bosses appointed by the centre-left government that held power between 2011 and 2015.

Although the last government that ruled from January to June was also led by the HDZ, it did not reach a decision on replacing executives in state companies.

The government on Thursday said that the new appointments would be only for a maximum of six months, during which public tenders will be organised.

The government said this was only "a transitional solution" to give it time to find candidates with the best criteria and also give the government time to improve the legislation.

"Before this period expires, the government will work to revise and improve the legislative framework. During this period public tenders will be opened for the management of companies with the aim of professionalization and de-politicisation," Prime Minister Andrej Plenkovic said on Thursday.

"They are not temporary managers but will be chosen for a maximum period of six months. Members of the management board should be and will be elected through public tenders," State Property Minister Goran Maric said, adding that "expertise and competence" would be the major criteria for long-term appointments.

However, political analyst Zarko Puhovski said he suspected the new appointments were "a preparation for [the government] introducing its own people.

"The only logical thing is that these are purges, preparing the scene for the personnel that the new...