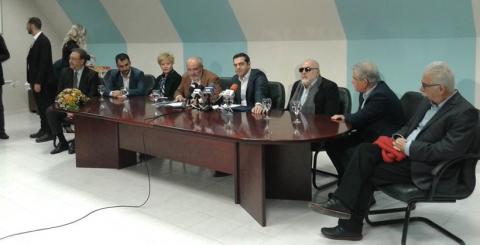 Greek PM Alexis Tsipras said the port of Alexandroupolis would be transformed into a powerful transport hub during his official tour in the region of Thrace, in northeastern Greece. In his speech the Greek PM announced the construction of works connecting the railways of the city with the Bulgarian port of Burgas, as well as the upgrading of the roads in the wider Thrace region. “Alexandroupolis will become a powerful transport hub of energy and trade”, he underlined. He added that the works in the port would change the energy map in the wider eastern Mediterranean area, while the economic potential of Thrace and the whole of northern Greece would be boosted.