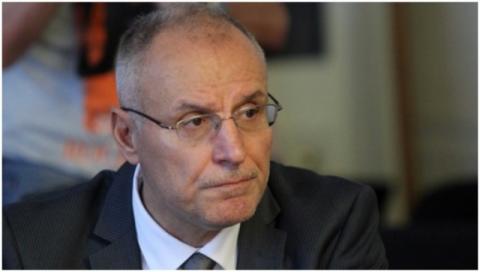 Bulgarian National Bank (BNB) Governor Dimitar Radev has said it is the right time for the country to access the ERM II Mechanism, the so-called "Eurozone waiting room".

Radev has opined that Bulgaria should reassert its commitment to further financial integration with Europe "precisely in these times that both European institutions and the European project as a whole are under very strong pressure. The time is now to confirm our commitment and work for the realization," Capital weekly quotes Radev as saying at an event marking bankers' holiday.

(St Nicholas, celebrated on December 06, is marked as a festive day by sea men, those involved in the fisheries sector, and bankers alike.)

"This commitment is an easy one when it comes to words, in good times, but very hard in tough times."

Earlier, outgoing Bulgarian Finance Minister Vladislav Goranov said, when asked by a lawmaker whether it was time for the country to pursue further steps toward Eurozone integration, that Sofia will submit the demand to EU institutions when there is "external support" for them, in a reference to bigger EU member states and Brussels.

In January of last year, Goranov said the country was willing to restart talks on adopting the euro with the governments of the 19 Eurozone economies.He then argued Bulgaria should aspire to join ERM II by 2018.

Bulgaria is operating a currency board arrangement, a tight monetary policy system that pegs its lev currency to the euro at a fixed exchange rate, but is not in Exchange Rate Mechanism (ERM) II, the formal EU mechanism for limiting currency fluctuations. Countries must spend at least two years in ERM II before joining the euro.

Bulgaria said in September 2012 it was putting on hold its plans to adopt the...