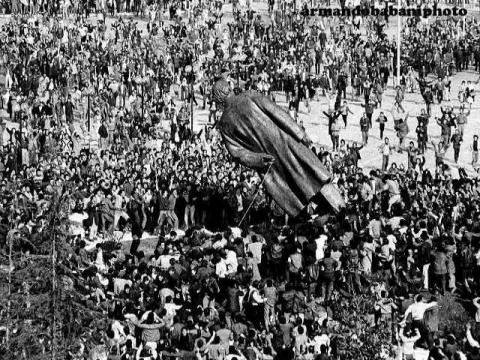 A survey on Albanians' perceptions and understanding of the communist era conducted by an independent think tank on behalf of the OSCE office in Tirana has upset representatives of victims of the old regime and prompted calls for the state to do more to condemn the crimes of the communist past.

The survey, conducted by IDRA think tank and presented by OSCE Ambassador Bernd Borchardt, surprisingly revealed that 42 per cent of Albanians believed Stalinist dictator Enver Hoxha had a positive impact on history - not much less than the 45 percent who see his impact as negative.

Some 35 per cent of respondents to the survey based on 995 people said the communist past was not a problem for them, while 62 per cent saw it as at least somewhat problematic.

Celo Hoxha,historian and vice-director of the Institute for the Studies of Communist Crimes, told BIRN that the survey highighted the problems that a society can exhibit when the past is not condemned and the communist legacy still glorified.

He also believes the moral and political crises of the modern post-communist era have led many people to view the past romantically.

"The fact that communist crimes have still not been condemned produces this result," he said of the survey.

Luljeta Progni a journalist formerly persecuted by the communist regime, said she was not surprised that many people in Albania still view communism with nostalgic eyes.

"The main reason for this is because in the last 26 years there has never been a thorough process of de-communism. Young people in the schools don't get any information about the atrocities of the communist regime. On the other hand, right-wing parties have also much abused anti-communist rhetoric," she said.