Bulgaria's Non-EU Exports 10.6% Down in Jan-Oct 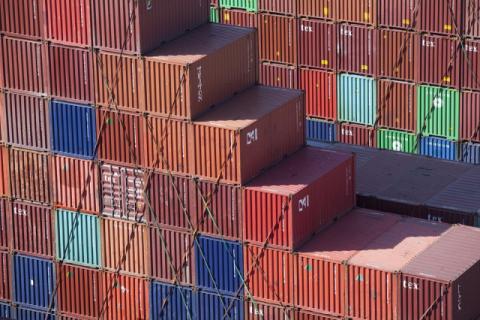 Exports to third countries have shrunk by 10.6% between January and October compared to the same period of last year, national statistics show.

The amount exported for that time was BGN 11.973 B, with Turkey, Macedonia, Serbia, China, Russia and the US being the main non-EU partners for Bulgarian goods.

These accounted for 49.2% of exports to non-EU countries, the National Statistical Institute (NSI) says.

Exports to third countries posted the strongest growth in the section "Miscellaneous Manufactured Articles" (29.9%). The most notable fall was registered in "Beverages and Tobacco" (24.5%), according to the Standard International Trade Classification.

The largest amounts were imported for goods from Russia, Turkey, China and Ukraine.

"Miscellaneous Manufactured Articles" (15.3%) recorded the largest growth, while "Mineral Fuel, Lubricants and Related Materials" had the most notable fall (26.4%).

In October alone, exports to third countries surged by 4.4% compared to the corresponding month of the previous year, adding up to BGN 1.2647 B.

Bulgaria's foreign trade balance (export FOB - import CIF) with third countries between January and October was negative and added up to BGN 1.9392 B. At FOB/FOB prices (after elimination of transport and insurance costs) it was also negative and amounted to BGN 1.2527 B.

In October, the FOB/CIF balance with third countries was negative and added up to BGN 0.321 B.