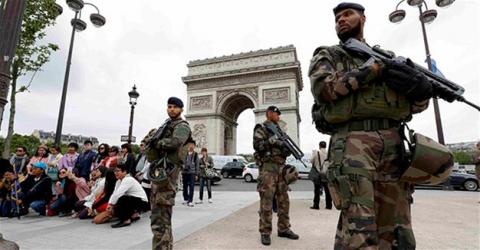 A confession: Before actually reading this book I had a dismissive paragraph in mind for the review. I was ready to criticize "Submission" for being neither as brilliant nor as scandalous as the headlines suggest. Unfortunately I can't use that paragraph. Michel Houellebecq's satirical novel about France becoming an Islamic state is actually a clever, often very funny read. It is also more subtle than you might expect.

The novel is narrated by François, a 44-year-old professor at the Sorbonne interested in little more than food, alcohol and sex. The year is 2022, and French politics has become increasingly bitter and rudderless, with a sense building that "the widening gap, now a chasm, between the people and those who claimed to speak for them, the politicians and journalists, would necessarily lead to something violent and unpredictable."

In the first round of presidential elections, the far-right Front National wins with a third of the vote, followed by the Socialists and a fictional French Muslim Brotherhood with a fifth each. Faced with the prospect of a Front National victory, the Socialists crumble and it is the Muslim Brotherhood's shrewd and charismatic leader Mohammed Ben Abbes who emerges as the most plausible consensus candidate. In the second round of voting, in an increasingly chaotic and turbulent society on the verge of civil war, Ben Abbes wins easily.

Thus dies French secularism. Upon the Islamists taking power, women are forced to wear the headscarf, polygamy becomes the norm, and Morocco and Tunisia join the EU. Unemployment is solved by women being forced out of the workforce and the national deficit is eradicated...