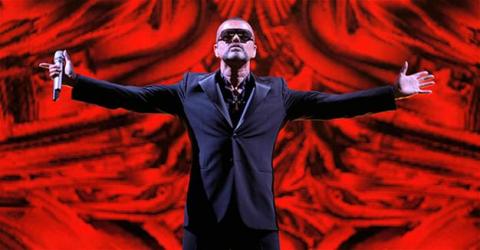 In this Sept. 9, 2012 file photo, British singer George Michael performs at a concert to raise money for the AIDS charity Sidaction, during the Symphonica tour at Palais Garnier Opera house in Paris, France. AP photo

British pop star George Michael, who rose to fame with the band Wham! and sold more than 100 million albums in his career, has died aged 53.

"It is with great sadness that we can confirm our beloved son, brother and friend George passed away peacefully at home over the Christmas period," his publicist said in a statement.

Thames Valley Police said the ambulance service had attended a property in Goring in Oxfordshire, where the singer lived, at 13:42 GMT on Dec. 25 and a 53-year-old man was confirmed dead at the scene.

"At this stage the death is being treated as unexplained but not suspicious. A post-mortem will be undertaken in due course," the police said.

Singer Elton John shared a picture of himself with Michael on his Instagram account. "I am in deep shock. I have lost a beloved friend - the kindest, most generous soul and a brilliant artist," John said.

Madonna posted a video of herself presenting Michael with an award and wrote: "Farewell my Friend! Another Great Artist leaves us."

Michael was due to release a documentary in 2017 after a period of living as a virtual recluse in which he hit the headlines for a series of bizarre incidents linked to drugs.

Earlier this month it was also announced that producer and songwriter Naughty Boy, whose real name is Shahid Khan, was working with Michael on a new album for next year.

Michael was best known for his 1980s hits "Last Christmas," "Freedom," "Careless Whisper" and "Wake Me Up Before You Go-Go" but his career spanned more than three decades.

He won a string of awards including two Grammies and three Brits. His last...