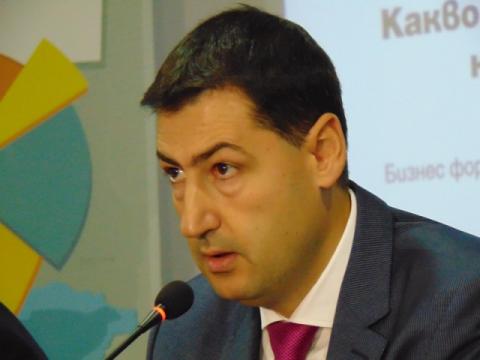 The Sofia City Prosecutor's Office has slapped the mayor of Plovdiv with an indictment on charges of abuse of office that allegedly inflicted BGN 1 M in damage on municipal coffers.

Ivan Totev, serving a second term as mayor of Bulgaria's second-largest city, allegedly ignored the existing legislation on public procurement, directly negotiating the construction of a zoo space in Plovdiv with a contractor.

The procedure he carried out lacked an investment project and cost estimates by the contractor (a company named Zapryanovi 03 OOD) as of the moment of approval. Other requirements, such as the issuance of a construction permit, were not fulfilled either, the prosecution finds.

Pretrial proceedings were launched by the Plovdiv District Prosecutor's Office.

On November 15, Chief Prosecutor Sotir Tsatsarov allowed for the investigation to be conducted out of the scope of the competent court, the proceedings being assigned to the Sofia City Prosecutor's Office, the latter institution has informed.

Totev will not be remanded in custody, but has been imposed a bail of BGN 20 000.

Plovdiv, one of Bulgaria's largest industrial hubs, will also be European Capital of Culture in 2019 alongside Matera in Italy.