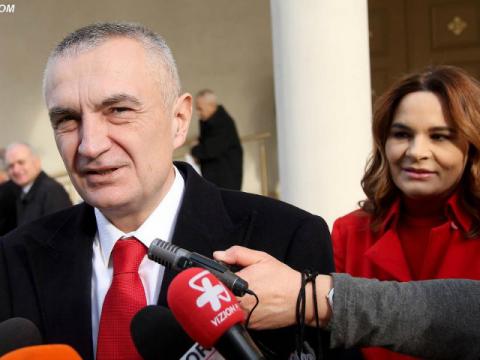 The Socialist Movement for Integration, LSI, - a partner party in Albania's coalition government - has signed an agreement with McKeon Group, which BIRN has seen, showing that the party will pay the company 15,0oo US dollars per month for six months, specifically to obain invitations for LSI leaders to attend the inauguration of new US President Donald Trump, on January 20, and organize meetings with other political leaders during the visit.

After January 20, 2017, according to the contract, the company is expected to foster a "good and special relationship" between the party and the new Republican administration in the US.

The agreement with McKeon Group is not the first time that the LSI, led by Ilir Meta, the speaker of parliament, has hired a lobbying firm in Washington to boost its profile in America.

In 2016, the LSI hired the Washington lobbying company Global Security and Innovative Strategies, GSIS, to facilitiate meetings with high-level US officials and members of Congress.

Data obtained by BIRN from the US Department of Justice show that only during the first six months of 2016, the LSI spent 123,761 US dollars on the services of GSIS.

As a result of those high payments, the total amount that the LSI spent on consultancies and polls in 2016 made up 26.1 per cent of the declared expenses of the party that year.