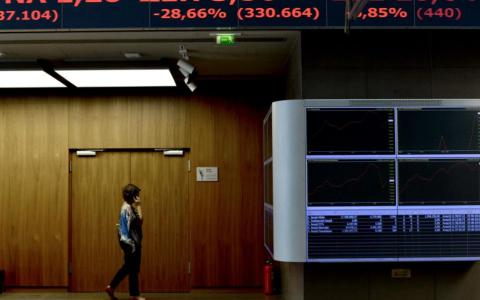 The complete lack of progress recorded by Thursday's Euro Working Group and the confusion generated by Germany's Finance Ministry as to whether a new bailout agreement may be on the way created the conditions for a proper Friday-the-13th session on the Greek bourse on Friday, during which the vast majority of stocks took a dive.

The Athens Exchange (ATHEX) general index closed at 651.37 points, shedding 2.03 percent from Thursday's 665.21 points. This erased the week's gains and the benchmark was down 1.30 percent compared to last week's close.

In Nicosia the general index of...