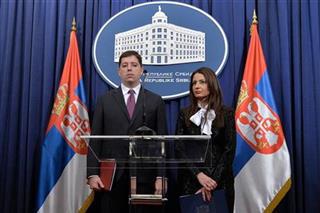 BELGRADE - Serbia demands an urgent extradition of Ramus Haradinaj, the head of the Office for Kosovo-Metohija, Marko Djuric, said Friday after a government session on the matter.

Serbia will continue to prosecute all those accused or indicted of war crimes, regardless of their ethnicity, the government concluded at the session.

BELGRADE - The Serbian Prosecutor's Office for War Crimes has expanded its investigation of former "Kosovo Liberation Army" commander Ramus Haradinaj, and there are about 30 witnesses and other evidence, Justice Minister Nela Kuburovic said Friday, noting Serbia would not give up on an extradition request for Haradinaj, who has been released by a French court pending a decision on the matter.

"Some of the witnesses gave written statements, and there are some...