Trump talks about how anti-Russia sanctions could be lifted 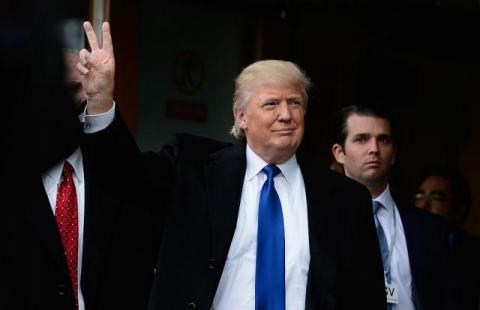 U.S. President-elect Donald Trump will offer to lift sanctions imposed against Russia in return for a nuclear arms reduction agreement.

He told the Times of London that he wants the nuclear arsenal of the world's two biggest nuclear powers, Russia and the United States, to be "way down."