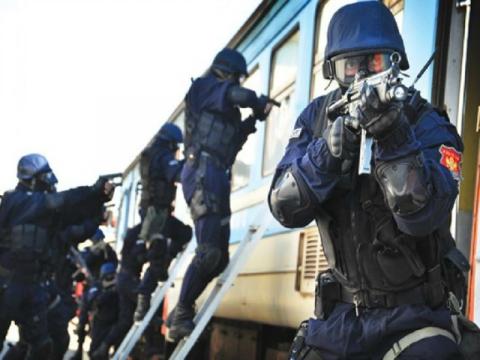 Montenegrin police have launched night-time patrols, raids and security checks on the streets of Podgorica after a series of car bombs and attempted murders in the capital as a result of clashes between rival drug gangs.

The raids began late on Monday after the heads of police in the towns of Bar and Kotor, both known for altercations between drug gangs, were sacked and a new chief of the state Criminal Police was appointed, former prosecutor Enis Bakovic.

Police have been under pressure from the public for days after the mafia violence in Kotor and Bar moved to the streets of Podgorica.

In the latest incident on Friday, a car bomb that killed a young man went off near the largest elementary school in the capital.

There have been a total of three car bomb blasts in Podgorica in the past month which have killed two people and left two others with severe injuries.

Interior Minister Melvudin Nuhodzic said that people are justifiably concerned but the personnel changes within the police department will create a new energy that will provide better results in the fight against organised crime.

"We are aware that citizens expect the relevant institutions to use all their capacities to enter into a bitter battle with organized crime," Nuhodzic told Vijesti TV.

While the debate about whether some police officers in Montenegro are on the mafia's payroll has been heating up in recent days.

Over the past year, several Montenegrin towns and Podgorica have been hit by a series of bomb blasts, but police have caught just a few of the perpetrators so far.

Concerns were raised by Montenegro's civil sector, the opposition and security experts in December about the deteriorating security situation...