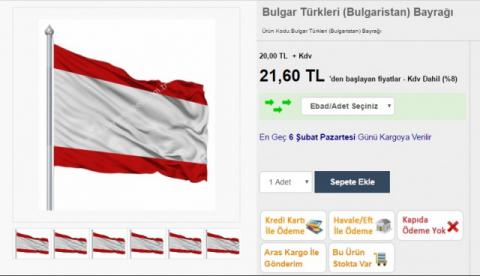 A Turkish firm is offering flags representing 'The Bulgarian Turks', its website shows.

Focus News Agency, which first reported the news, compares the flag colours to those of the Turkish Republic of Nothern Cyprus.